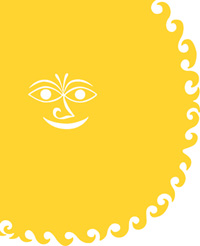 The Creative World of Alexander Girard

The pioneering modern designer Alexander Girard, known for his interior environments and joyful textiles, spent his most creative and productive years in Santa Fe (1953-1993). This show looks at the influence of New Mexico on Girard’s work and at some of the projects he completed regionally. It also examines his international outlook, seen in the places he traveled and photographed as well as the global folk art he collected. This exhibit is a complement to the Vitra Design Museum-organized retrospective Alexander Girard: A Designer’s Universe, which remains on view at the Museum of International Folk Art through October 27, 2019. Curated by MOIFA and hosted by Objects of Art Shows and El Museo Cultural. On display during both shows. Read more... 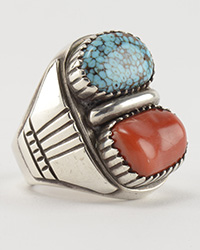 Tradition and Innovation, the Legacy of Julian Lovato

Four Winds Gallery and Waddell Gallery present a special showcase exhibition. This will be a stunning tribute to Lovato, the late renowned Pueblo jeweler, and will include over 70 pieces, including a variety of rings, belt buckles, bolos, bracelets, pendants, earrings, and necklaces.

Julian Lovato was born in the Santo Domingo Pueblo on January 30, 1925, and is one of the most highly regarded pueblo jewelers of the 20th century. Utilizing ever-changing designs and exceptional stones, he created a three-dimensional look, which he called “raised dimensional jewelry design.” Read more...

The story behind the Creation of a new Hopi Basket, "Pootsaya"
Iva Honyestewa will discuss why she created the basket and what she went through in the process, bringing us up to the present day. She developed the pootsaya during her 2014 residency at the School for Advanced Research in Santa Fe, New Mexico, having been awarded the Eric and Barbara Dookin Artist Fellowship.

Life and Times of a Shadow Catcher (Edward Curtis)
Paul Unks, founder and owner of Mountain Hawk Fine Art, will present a lecture on the life and times of renowned 19th century photographer Edward S. Curtis and the North American Indians. There will be a slide show featuring 100 master images of the Southwest, Plains and Northwest Nations set to music composed and performed by Native Americans. The presentation will cover the challenging circumstances under which Curtis produced his incredible body of work, his techniques and importance to the evolution of photography, and his contributions to a greater understanding and appreciation of Native Americans.